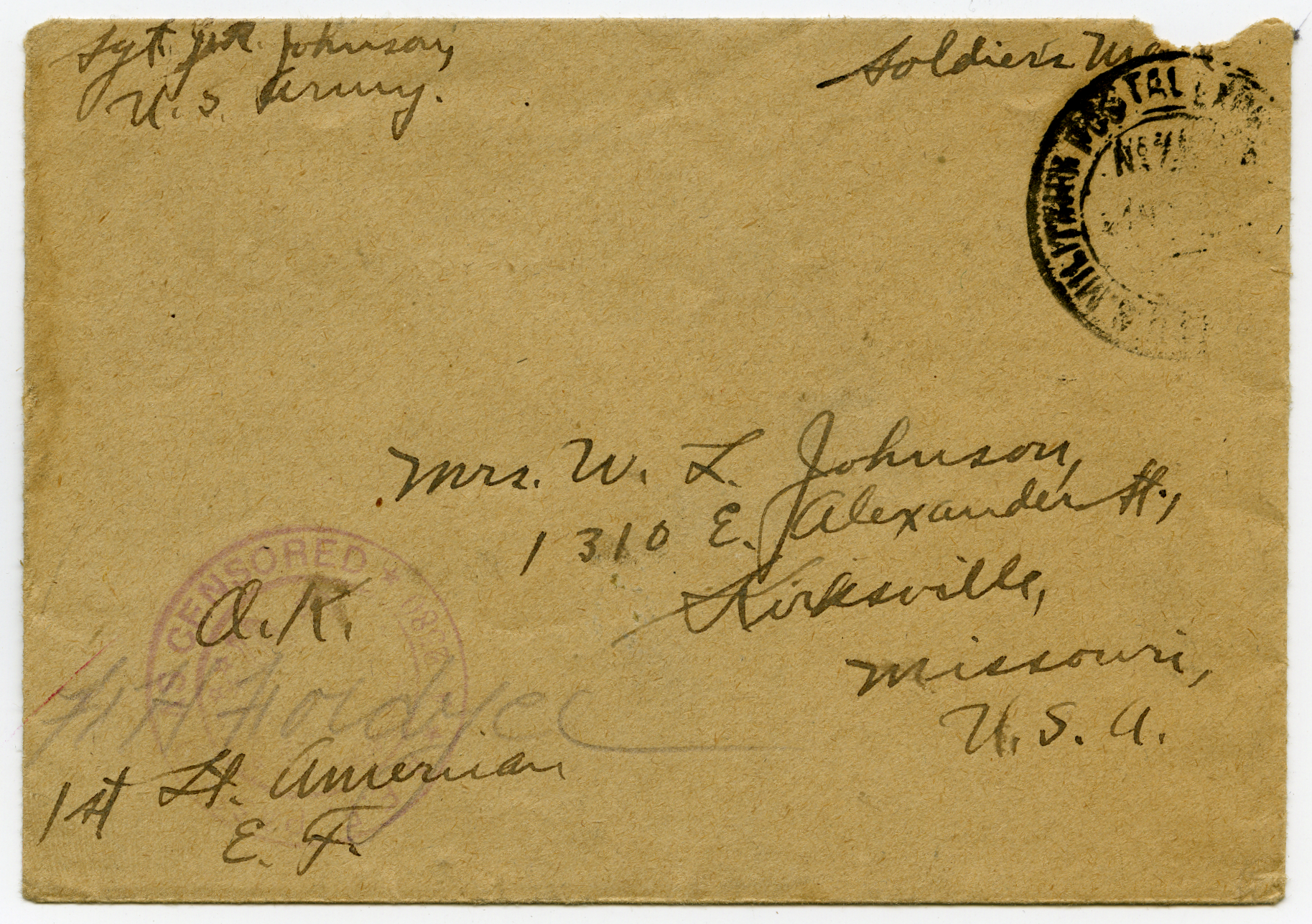 Dear Mother:
I received your letter of Oct. 25 a few days ago so guess I had better answer it.
Well I came thru without a scratch and I think the war is about over. We are now back on the front or what was the front. We were only in reserve a little over a week. We were called back to here just before firing was ceased. We came very nearly having some fun the night before they stopped but somehow it was called off. Then before we could do anything, the fun stopped. I guess the people back there were feeling rather good. I didn’t believe they were to cease firing until I heard an artillery officer give the order. They sure did give it to Fritz good before 11 o’clock.
I haven’t had a letter from Glen for a long time. I don’t know what is the matter. I have been looking for him to come around but as yet he hasn’t. If I had of had the money, I could have gotten a 7 day pass a few days ago and looked him up but we haven’t been paid for some time. Anyhow I might have spent the whole time looking for him. I don’t suppose it will be long before censorship is removed and then we can find out each others location.
Now you don’t need to worry about my not having enough clothes. When it comes to carrying them, I have to many. We haven’t had any cold weather until the last few days and it is dry cold so one doesn’t feel it much. I am just feeling fine. I am back in my old dugout and have it fixed up fine. We have a German stove to warm us, and I have a German feather bed. Now isn’t that enough? I am lots better off then the Kaiser. There dugouts are warmer than any barracks would be. I would be satisfied to stay here all winter. We get all the good grub we can eat and only drill about 4 hrs. a day.
Tell mMary I’ll write her a mile long letter as soon as I can get time. The days are so short and we can’t get candles, so that it is hard to find time to write. I haven’t written many letters in the last two months so I have about 13 to write now. Don’t know when I’ll get thru. I am going to write to Glenn again, maybe he gets mine if I don’t get his.
It sure seems funny to (?) here and not hear shells bursting all around. It seems like something is missing , nevertheless everyone was glad when it shopped.
I hope your rheumatism is better now and that none of you have the “Flu.” Will write again before long.
With love to all,
Dick
Sgt. J. R. Johnson