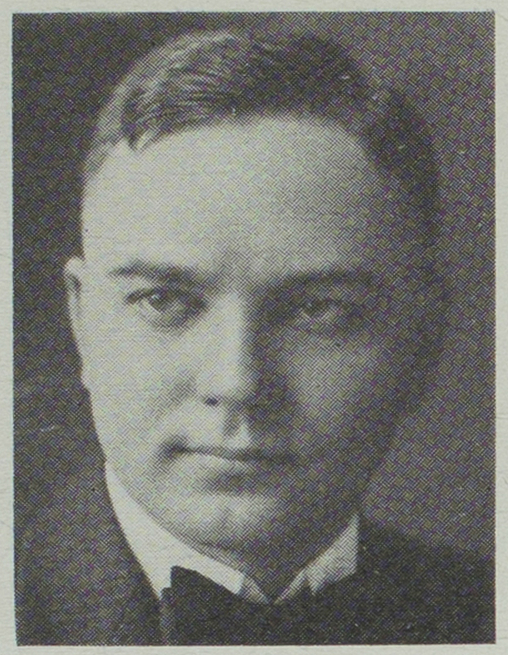 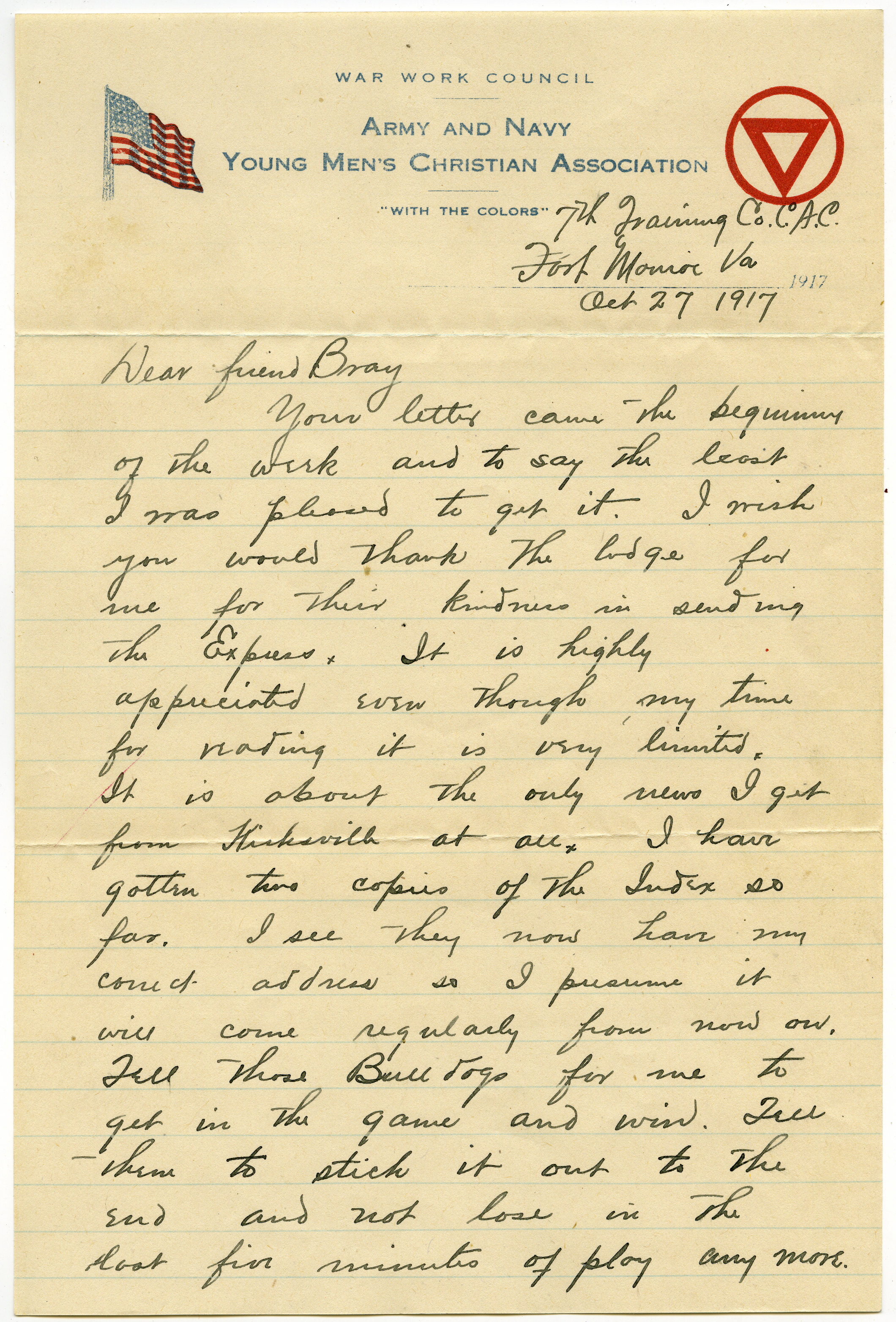 Dear friend Bray
Your letters came the beginning of the work and so say the least I was pleased to get it. I wish you would thank the lodge for me for this kindness in sending the Express. It is highly appreciated (?) though my time for reading it is very limited. It is about the only news I get from Kirksville at all. I have gotten two copies of the Index so far. I see they now have my current address so I presume it will come regularly from now on. Tell those Bulldogs for me to get in the game and win. Tell them to stick it out to the the end and not lose in the last five minutes of play any more. I’m expecting to hear of them in the future as another championship team.
As to my own work I don’t know that any thing I could tell you would be of much interest. I might say this, that I have men in my life run up against such (?) (?) as those instructors here — 70 went today — and I would not be surprised any time to be notified that my services are no longer required. We have had so far instruction in Gunnery, Mechanical Maneuvers, Field Artillery, War Game Tactics, Mortars, Administration, Courts-Martial, Telephones and Signalling, Small Arms Firing, Artillery Maps, Field Fortifications and Contour Maps. Now if that aint a mess I’ll quit. We go from seven in the morning to 5:15 pm., then from 7:15 pm. to 9:30 p.m.. That much is required. It generally takes two hours more a day than that and then I don’t get half the stuff.
Forst Monroe — or Old Point Comfort — is one of the most beautiful places I have ever seen. Its quite a historic spot also. It is here that Jefferson Davis was in prison as the end of the war, and within half a mile of here that the Monitor and Merrimac had their little scrap during the Civil War. Hampton ? is within 2 miles of here. Norfolk, New Port News and Jamestown are all in sight from the pier.
But I must close. Regards to Mrs. Bray and any members of the faculty who may be interested in my whereabouts.
Sincerely,
Charles A. Epperson