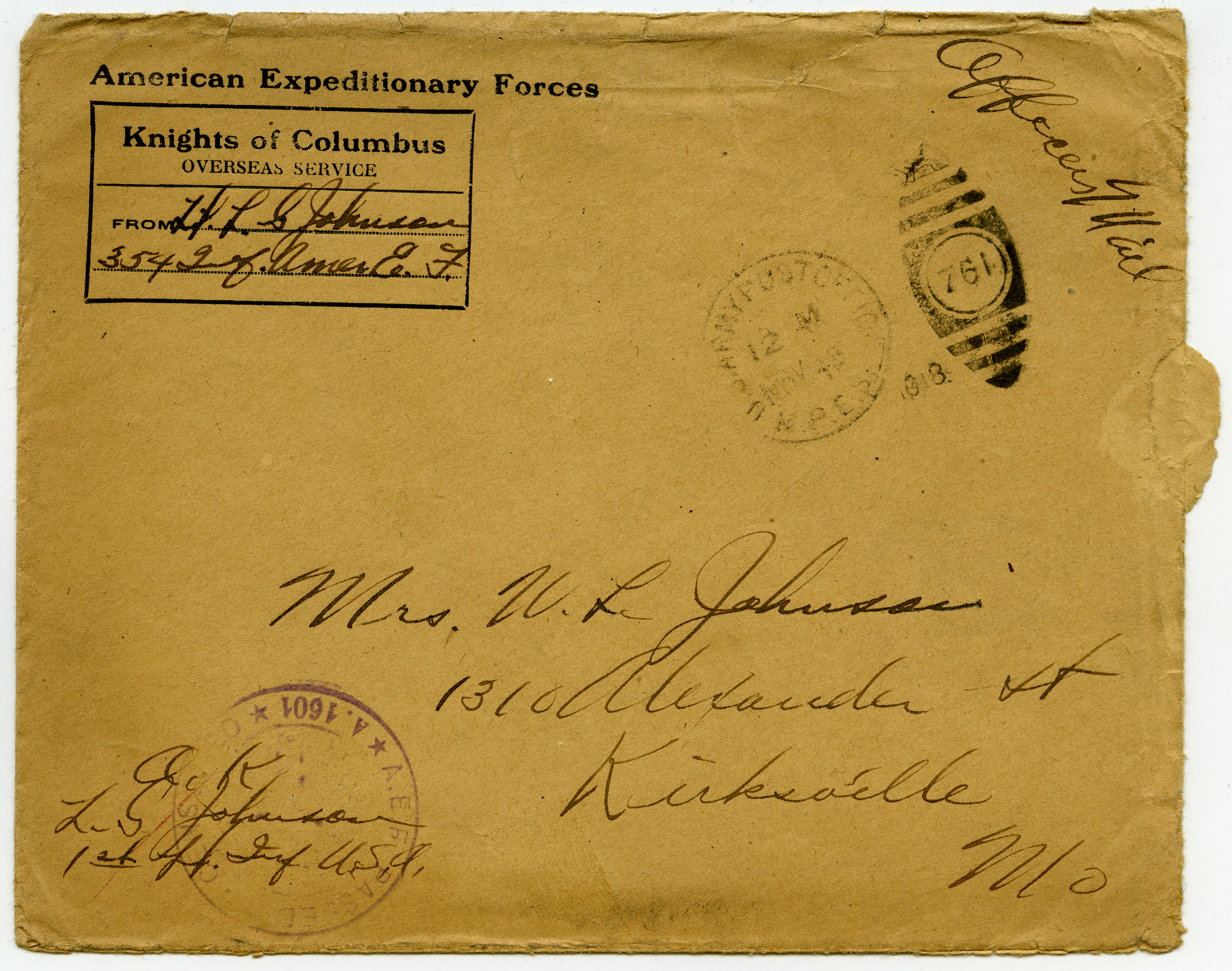 My dear Mother,
Just read your last letter of Sept. 24 last evening. Usually your letters reach me in about a month, only seldom that one fails and then it comes later. My letters to you seem to skip a notch occasionally but that is due to our moving so much and many times it is very hard to get letters back to rear. I think I have never gone longer than two weeks without writing, and as I have always told you the fact that you don’t hear from me is a guarantee I am all O.K.
I have never thought they had my (?) and from many narrow escapes, it has made me feel more than more that way. Never a scratch and never enough gas to hurt me after three months of fighting except for a few days we spent in moving. In that time I have seen some of the hottest places over France. The scenes pictured by newspapers are no dreams to me but given realities.
I don’t say this to convey any impression that I am in danger or worrying for of course everyone there knows what is going on. We don’t mind it in the least any more and have our good time as we go along. The other day we found and old piano left by the germans. We brought it into a little hut we called the dining room and had music and singing with the evening meal. It is more sport here to shoot at Bush airplanes with a Bush Machine Gun and a Bush Antitank gun we have fixed up and are now having some fun shooting at Fritz with his own guns and ammunition.
I have had several letters from Neva. Both she and the baby are getting along fine. Everything goes fine. I think I told you before of being promoted in Sept. to 1st Lt. My salary is about $230 per month. From reports it looks as if Xmas might see the end of the war. Well I guess no one will be sorry except Kaiser and his gang. Not for the world would I have missed all this. I am fleshier than when I left thanks to the good food we get. We are the best cared for and best equipped army in the world I think.
Best wishes to all,
Glenn

Hello Mary,
So you are getting along fine. I see your teachers husband most every day. We used to be in the same Company, and now he is a clerk with Reg. Hgrs and I am on Hrgs Staff so I still see him every day. He is a fine man and I am sure your teacher is a student splendid although I never met her. Write again. With love Glenn